Over a decade ago when I was preparing to go into the business world, one of my business teachers taught me wherever people are, money is there. In other words, people are money! Understanding these simple concepts has helped me more than many other concepts. I have learned over the years that my teacher didn’t teach me that it’s possible to have all these people you need to make all the money you need. Right in your room today, I run a media company that have audience in more than 30 countries and that’s only possible because of the internet. I Run another company that sells our products nationwide. This is only possible because of the Internet. I’ll be sharing with you what 99% of people don’t know about making money online. Whenever you see people, you see money. If you don’t agree with this statement think about where most company headquarters of the world are located. Especially in the last three to five decades where physical goods and services are sold.

It’s usually in the cities, because that’s where most people are. People are money because people have needs and once you figure out what people want, you can easily get them to pay you. Now what if you can see all these people in a single room? Wow if there could be a magic that can bring a billion people together in the same room! Since we’ve established that people are money you being in that room should make you a millionaire, right? Wrong! Today we have more than 3.5 billion people in the same room and yet many people are poor. Today, you are in the same room with 3.5 billion other humans who have tens of needs. If you are reading this and you’re broke, I think it’s your fault. Most people still don’t know that people equal money. If you know the people are money and you know that they are over 2 billion people on Facebook, whom you can reach and solve some problems for, then you should not be poor.

How can I serve these people and make money from them? If you continue asking these two questions, even without the internet, you will be rich now in the era of the internet. The question becomes, how can I serve just a few of this multitude? How can I serve just a few thousands among them? If you’re smart, and you continue asking these questions, I don’t see why you should be poor. But there’s another problem. Most people don’t have anything to give, or at least they don’t think they do.

The math is actually very simple until you figure out how to make someone else’s life a little easier or better. Until you figure out how to serve someone no one will throw their money at you. You have to give before you get and every resourceful person has something that others need if you don’t understand this concept, let me share with you a few. I’ll leave you with a few examples that might inspire you to discover what you can give others to make a lot of money on the internet. Let’s start from the phone or a laptop.

You’re using one such device to read this. These are very useful because they give you the opportunity to communicate with others everywhere in the world. There is another tool that helps you and that’s data and a few other accessories. That’s the reason why you are willing to drop money for them and that’s how the companies that produced your phone and laptop make a lot of money. If they didn’t give you something of value, you won’t give them your hard earned money.

Even for those who know the enormous opportunities on the internet having to wait for a whole year. Before making money is what they could never do and I’m here to tell you the truth If you don’t have one or two years to wait, you cannot build any meaningful business anywhere either online or offline. 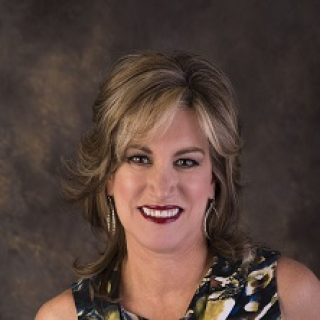 Hi I am Eliza Holst from California USA. I am an online freelancer. I have my own website.I post videos on how to increase your business online.